According to the HRC Foundation’s “Dismantling a Culture of Violence” report anti-transgender stigma, denial of opportunity, and increased risk factors compound to create a culture of violence. One of the things that shocked me in putting this piece together is how many of these victims are misgendered in local police statements and media reports. Aside from being deeply disrespectful, on. a practical level misidentification can delay investigation efforts. I know it can sometimes seems impossible to know how to show support particularly when violence is involved.

While there are concrete steps to take, see below, I think one of the very first steps is to be aware of the reality on the ground. I will return to these murders and other murders of transgender and non-gender-conforming people. My love and condolences go out to the families and loved ones of the people in this story and all the human beings whose only crime is living the truth of their lives.

Resources: Advocacy and a safe space in Chicago: https://www.bravespacealliance.org/

Iris Santos Anyone with information is asked to contact Crime Stoppers at 713-222-TIPS (8477) or submit a tip online at Crime-stoppers.org or through the Crime Stoppers app.

Five Gays to Make You Proud

In addition to covering crimes committed against gay people, I wanted to also celebrate LGBTQ+ people who are inspirational. One of the byproducts of homophobia is silence, in that silence is the lives of people, some in the closet, who make enormous contributions. In this episode, five gay men you should know about.

Tamotsu Yato was a self taught photographer his three books Young Samurai: Bodybuilders of Japan (1967), Naked festival: A Photo-Essay (1969), and Otoko: Photo-Studies of the Young Japanese Male (1972) are still available and more than worth hunting down.

Here’s a link to a phenomenal site put together by the Cooper Hewitt Museum in its tribute to Willi Smith.

What interested me, in this case, is how disposable we tend to treat people who have a background of drug use and abuse. Jamie Carroll was a loved member of a family headed by his mother who was/is devasted by his loss.

The other thing is the fact that despite the parading of every single one of Jeffrey Mundt’s kinks in an effort to prejudice the jury it didn’t seem to work. The third thing is though this murder is particular to the individuals involved it does highlight the epidemic of “partying” drugs and their abuse among a certain group of gay men. While it would be wrong to make it seem like every gay man is doing drugs with sex it is a problem. Resulting in higher rates of HIV infection and other STDs and higher rates of sexual assault.

On the more shallow side of things, this case is mindboggling. How much did drug use affect Mundt’s decision to call the police knowing there was a dead man no one was looking for buried in his basement?

Why???? Was it to get at Banis, to punish him? We’ll never really know.

Love to know what you think.

Here’s a newspaper article about Banis’s time on the stand.

Here’s Jaime Carroll as his stage persona Ronica Reed. He fashioned her after the real high-school prom queen. When told about his invention the real Ms. Reed loved it. 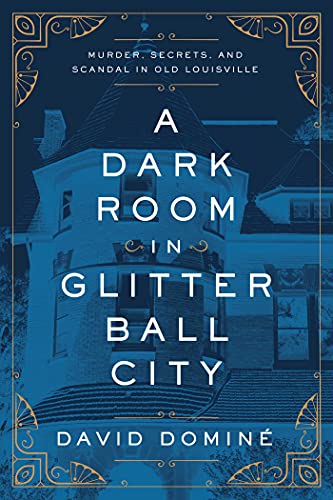 A Dark Room in Glitter Ball City: Murder, Secrets, and Scandal in Old Louisville by David Dominé was helpful in researching this case.

Click the link above to read the appeal and the dismissal made by Joseph Banis mid-trial.

Here’s the link to part one of the two-parter A&E/Amazon video that I refer to in the episode.

The house where the murder occurred is in the historic section of old Louisville, Ky, and has a storied history of violence. It’s also up for sale. Here’s the Zillow link.